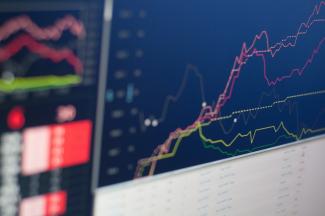 Spring Into A Positive Outlook

“The real key to making money in stocks is not to get scared out of them.” Peter Lynch

They say April showers bring May flowers. Well, after a lot of showers and storms over the past year, flowers are starting to bloom and things are looking a lot better.

Last month marked the one-year anniversary of the bottom of the vicious pandemic-induced bear market for the S&P 500 Index. Despite the turmoil of the past year, investors who did not get scared out of stocks have had a lot to smile about. The S&P 500 completed its greatest one-year rally from a bear market low in history, gaining nearly 75% as the arrival of vaccines facilitated the reopening of the economy.

While the first year of a new bull market can provide a relatively easy investing environment, year two of that bull market has a knack for challenging investors. That second year has still historically provided solid returns for stock investors, yet often comes with greater volatility. In fact, stocks have never been lower during the second year of a new bull market. But gains over the next year may not come as easily considering the average pullback in that second year following a 30% bear market has been more than 10%.

However, there continue to be plenty of reasons to remain positive on the investment landscape going forward. It may be early to declare victory against COVID-19, but significant progress in that battle has been made this year, even in the face of new variants. According to the Centers for Disease Control and Prevention (CDC), half of the U.S. population above the age of 65 has been fully vaccinated, while a third of the total population has received at least one dose of the vaccine. We expect this trend to accelerate in the coming weeks, as many millions more Americans become eligible.

The progress against the virus combined with historic stimulus measures has certainly helped the U.S. economy emerge from the shadow of the pandemic. Roughly $1.9 trillion in pandemic relief was signed into law on March 11, including additional direct payments to households to help provide a bridge to the end of the pandemic. A $3 trillion infrastructure bill could be coming later this year, which would represent yet another shot in the arm to the economy.

Sir John Templeton once said, “People who think they know all the answers probably don’t even know the questions.” We don’t have all the answers, but we do know that the battle with COVID-19 is likely winding down, the U.S. economy could see its best year of growth since 1951, and we should continue to see benefits from record monetary and fiscal stimulus. These developments are likely to provide the ingredients for solid stock market gains through the remainder of the year.

Content in this material is for general information only and not intended to provide specific advice or recommendations for any individual. All performance referenced is historical and is no guarantee of future results. All indices are unmanaged and may not be invested into directly.